How to Better Slow Fashion: An Insider’s View

The Beginning of Conscious Chatter

Our conversation started off simple with the question of what motivated Kestrel to want to blend ethics and fashion. As we chatted, Kestrel explained that it boils down to her childhood. As a kid, her and her family would debate over dinner and try to understand everyone’s point of view.

“I’ve always been a little curious and obsessed with asking questions . . . so it just became something that I was super familiar and comfortable with.”

However, debating with her family wasn’t the only thing that Kestrel was busying herself with, she was also studying fashion magazines. “Putting together outfits was my primary creative outlet and I would say that it still is today.” Kestrel went on to explain that when she was a kid she would have multiple outfit changes when friends or family would come over to the house.

As much as fashion was a huge aspect in Kestrel’s life growing up, she didn’t think that she would eventually have a career in it. After she graduated with a degree in international journalism and global studies, she became extremely interested in the idea of Fair Trade.

In the name of journalism and curiosity, Kestrel needed to know more about what it meant for something to be fair trade, and in her quest to know more, she discovered People Tree, a fair trade fashion brand. After extensive correspondence back and forth, she ended up getting an internship with People Tree in their public relations department in London. After landing her internship, she moved from the United States to London to start her new job.

“For me, being in the streets of London, it just felt like you could wear whatever you wanted and you could put together sort of anything to create a really unique composition and no one would stare at you.”

Kestrel was inspired by the creativity and the way people would dress there.

In 2009, Kestrel completed a project called Make Fashion Fair. It started out as a personal project to see if she could dress in only sustainably sourced garments for an entire year. She started out by doing a lot of thrifting and supporting small brands. “The experience definitely taught me how little I need to get creative.”

After discovering that her creativity blossomed within constraints, she began another project: AWEAR World. This project spun off of Make Fashion Fair and was a way to welcome more people into that project while celebrating different people’s styles.

AWEAR world became a community of people that Kestrel would share photos and stories with. People would pledge to ask more questions before purchasing garments and share the stories about the sustainable garments they were wearing. From this, Conscious Chatter was born. A friend had told her that he couldn’t find any podcasts on sustainable fashion and that she should be the first to start one.

“Two weeks later I started the podcast and my mom interviewed me for the first episode.”

Bettering the World of Sustainable Fashion

This topic led me to question what the most important thing happening within sustainable fashion is… Kestrel responded,

“I would say the industry opening itself up and being more vulnerable to acknowledge its oppressive infrastructure and the systems of power that it perpetuates.”

While these changes are indeed happening, Kestrel said that they are probably moving slower than they need to be, however fashion is beginning to look at how it can view things in a more intersectional way. Of course, this conversation is much bigger than just a question during an interview and Kestrel couldn’t have put it better, “I think this needs to be a primary discussion where a great deal of work needs to be taking place and it can’t be this side category or additional box to check.”

Next I asked Kestrel what else needs to be happening within the sustainable fashion industry, specifically what is something that we need to be seeing more of? Kestrel would love to see more discussion of the historical context and the root issues that have influenced where the industry is today.

“We need to look back before we can look forward.”

For Kestrel, this means we must be addressing the issues of colonization, our capitalistic society, and the continued erasure of BIPOC (Black and Indigenous People of Color). “We also must be learning from indigenous wisdom and thought, and BIPOC communities as we explore and search for solutions that can better respect humans and the environment.”

The fashion industry will always have room for improvement, regardless of how far along we are. Kestrel would like to see more transparency from the brands in sustainable fashion. “One area that I would like to see more of is open and honest communication. The industry talks a lot about transparency, but I think we are saying that without being transparent in the way we are communicating.”

Kestrel believes that people are getting a lot smarter, as more people are beginning to ask questions about where and how the things they buy are made. This means brands need to acknowledge the things they are doing and own up to the areas in which they have messed up. They must address that they are trying to move forward and how they are doing that. They must learn from the past.

Being more aware of BIPOC and learning to respect the cultures, customs, and traditions that are a part of the community is extremely important, so much so that it gained resurgence as a movement in 2020. But what does it mean for a sustainable brand to be embracing and supporting these communities? Are we seeing enough diversity within the industry? Kestrel’s answer:

“I would say absolutely not. We are seeing more on a surface level, visually, when it comes to branding, but could be seen in many ways.”

Unfortunately, there are brands that are only using diversity as a marketing tool, “checking boxes” as Kestrel mentioned earlier in our conversation. But there are also brands that are genuinely putting in their best effort for anti-racism work and supporting communities who have been pushed aside for too long. “These ideals must be integrated into the overall business model, there must be a new standard of how we do business where BIPOC voices are centered and marginalized communities hold equity.”

As I previously stated, there are a few brands that are doing their best to make sure that BIPOC voices are being heard. Kestrel named a few: Girlfriend Collective, Universal Standard, and Mara Hoffman. “Of course, all of them have challenges and issues that need to be further addressed, but these brands came to mind as far as trying to ask more questions, thinking about the multiple layers, and approaching it (BIPOC representation) in a multi-faceted way–not just a band-aid approach.”

The Root, A Revolutionary Requirement

The Root, a revolutionary mini-series that Kestrel did on Conscious Chatter with Dominique Drakeford, showcases and centers the voices of Black and Brown Indigenous People of Color. “To have the opportunity to work with Dominique was such an immense privilege that I do not take for granted. Some of the conversations that we had while producing The Root will absolutely stay with me forever.”

They first started discussing the beginnings of The Root when Kestrel had Dominique on Conscious Chatter for an episode.

“We talked about how sustainable fashion is a privileged white girl thing, that was an article that she (Dominique) wrote and we had this discussion around that article.”

Following that conversation, many emails were traded back and forth between Kestrel and Dominique leading to The Root being born. “We really feel that this is the new standard and that this project is something everyone who works in fashion should listen to in order to help inform what they are doing, look back at historical context, and understand where we are.”

You can listen to The Root here.

Kestrel Jenkins is a well accomplished and successful woman within the industry, so I had to ask what she would say to the young women and girls who want a future in fashion. Kestrel reflects on how working in the industry and wanting to transform it can get exhausting.

“You really really need to love and be so curious in the path that you decide to go down in fashion–to stay optimistic and maintain the work. Really think about what gets you excited when it comes to fashion because that is what is going to keep you motivated every single day.”

Furthermore, I inquired about female mentorship in the sustainable fashion space, commenting that women in the industry who are starting brands must be doing really powerful work. Kestrel believes that women supporting other women is hugely powerful and needs to be more of a standard within the industry.

She comments that “Within companies, a lot of times it is felt that you have to be better than the woman sitting next to you, rather than supporting her.” However, “They (women in leadership) are trying to support younger women and mentor them as they are working their way up in the industry.”

Kestrel recently co-founded a project called Group Chat with Brittany Sierra, the founder of the Sustainable Fashion Forum. “It is a space for the consciously curious. It’s a membership based platform where we host guests and events that focus around getting people involved with the nuances of sustainable fashion.”

Group Chat is a social platform that allows for people to dig into the details of sustainable fashion and to connect with other people who have similar questions. The membership is $39.99 a year, which amounts to a little over $3 dollars a month.

Finally, I wanted to end my conversation with Kestrel in the same way that she ends each of her podcast episodes, with the question of what is one thing that people can do to help create a more sustainable future for fashion?

“This is simple sounding and maybe a little cliche, but for me it’s asking more questions. When you are thinking of making a purchase, ask more questions.”

Catherine McCourt is a content writer at Eco-Stylist. She studies English, Creative Writing, and Philosophy at the University of Iowa. When she’s not writing about sustainability in fashion, Catherine enjoys painting, journaling, and much needed downtime. 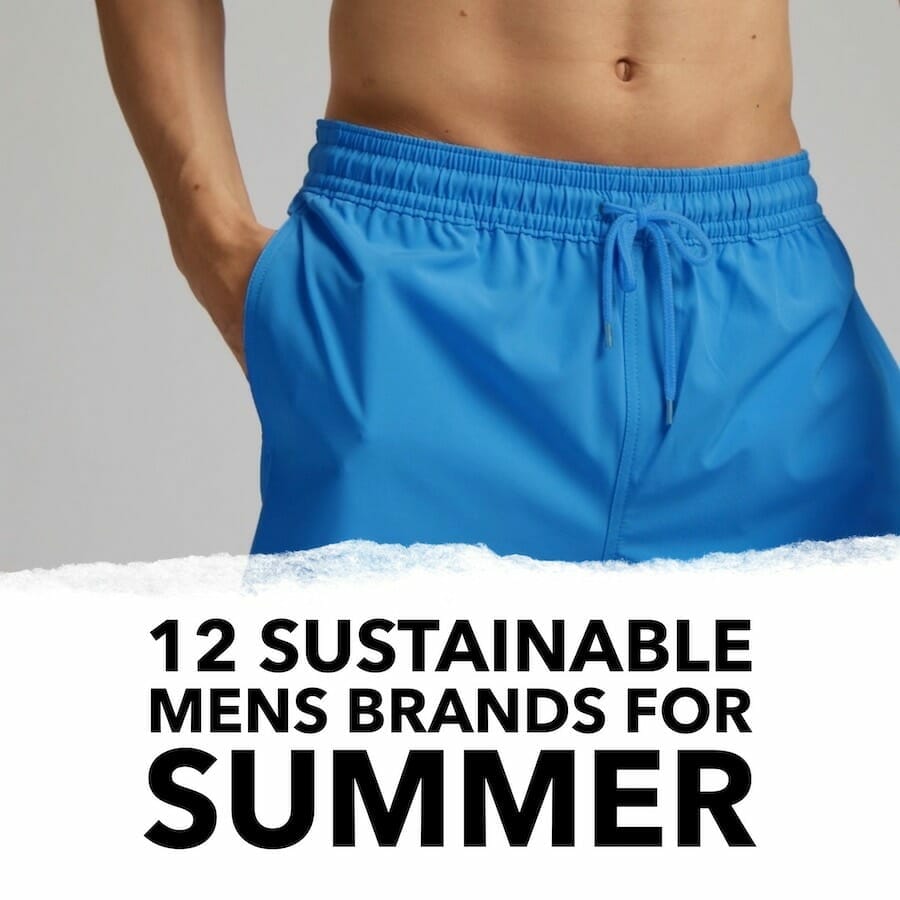 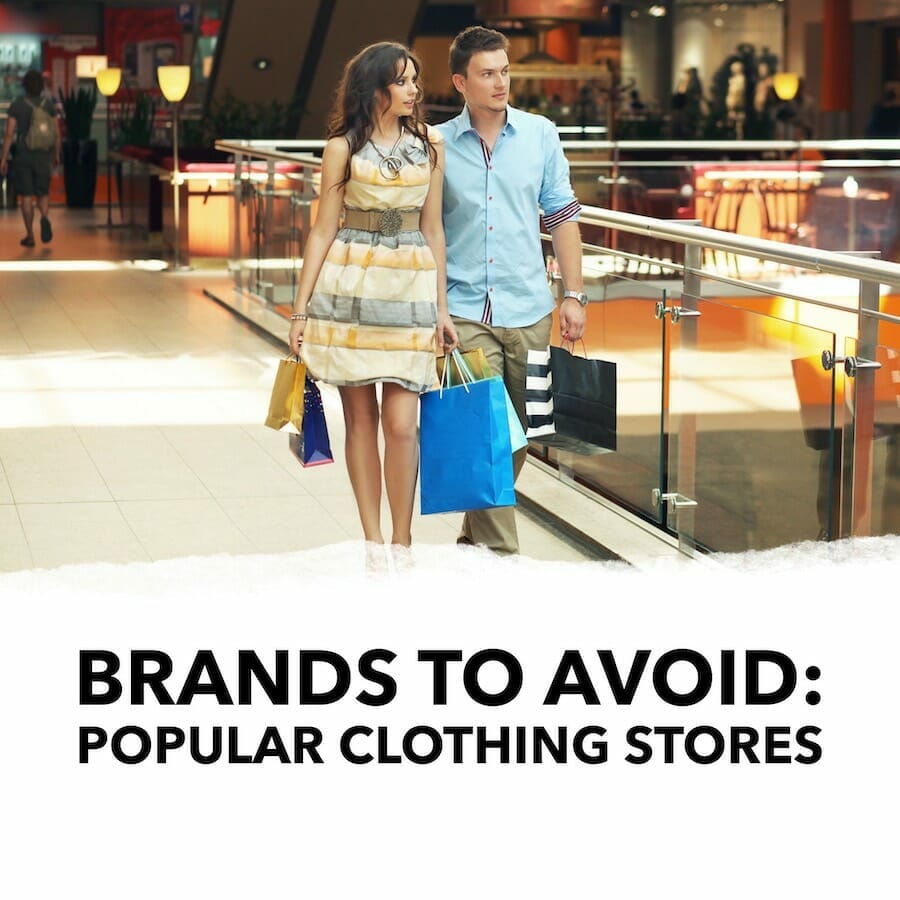 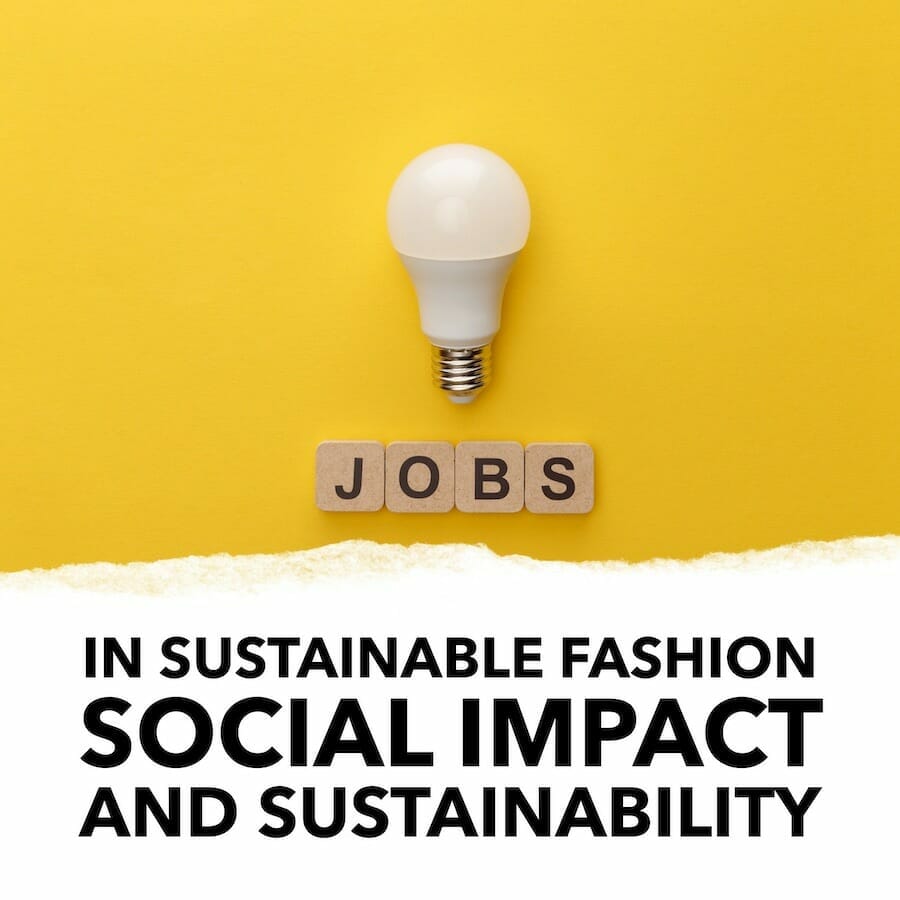 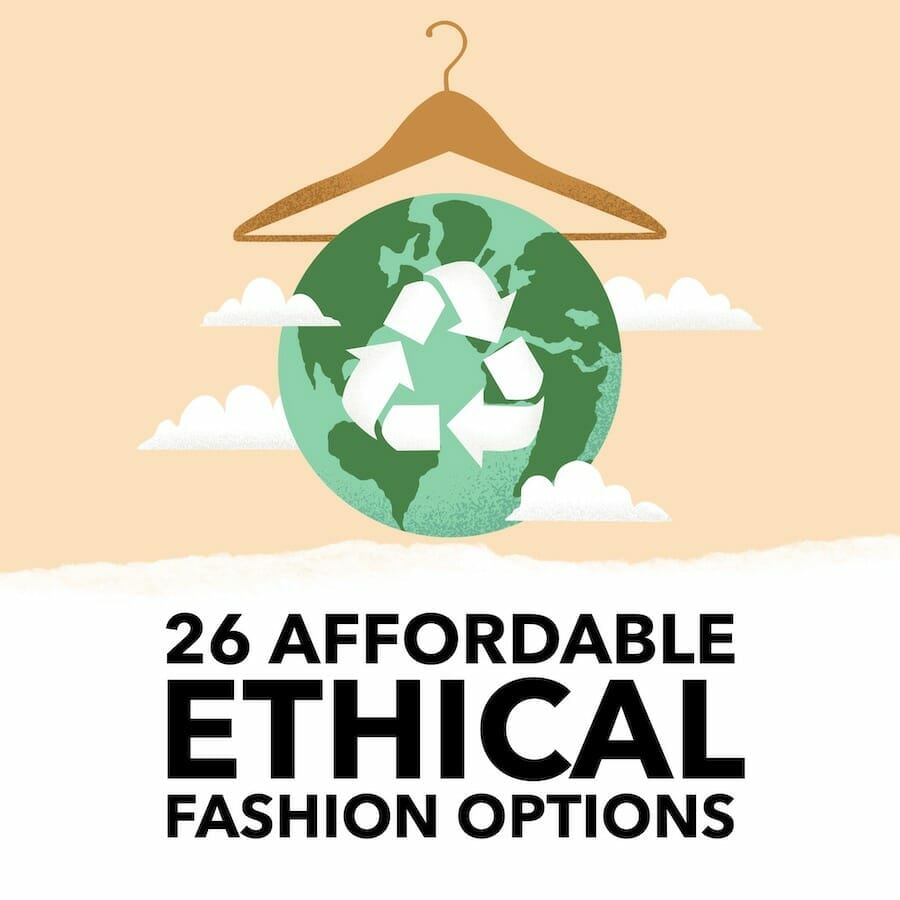 *Our blog is carbon negative. 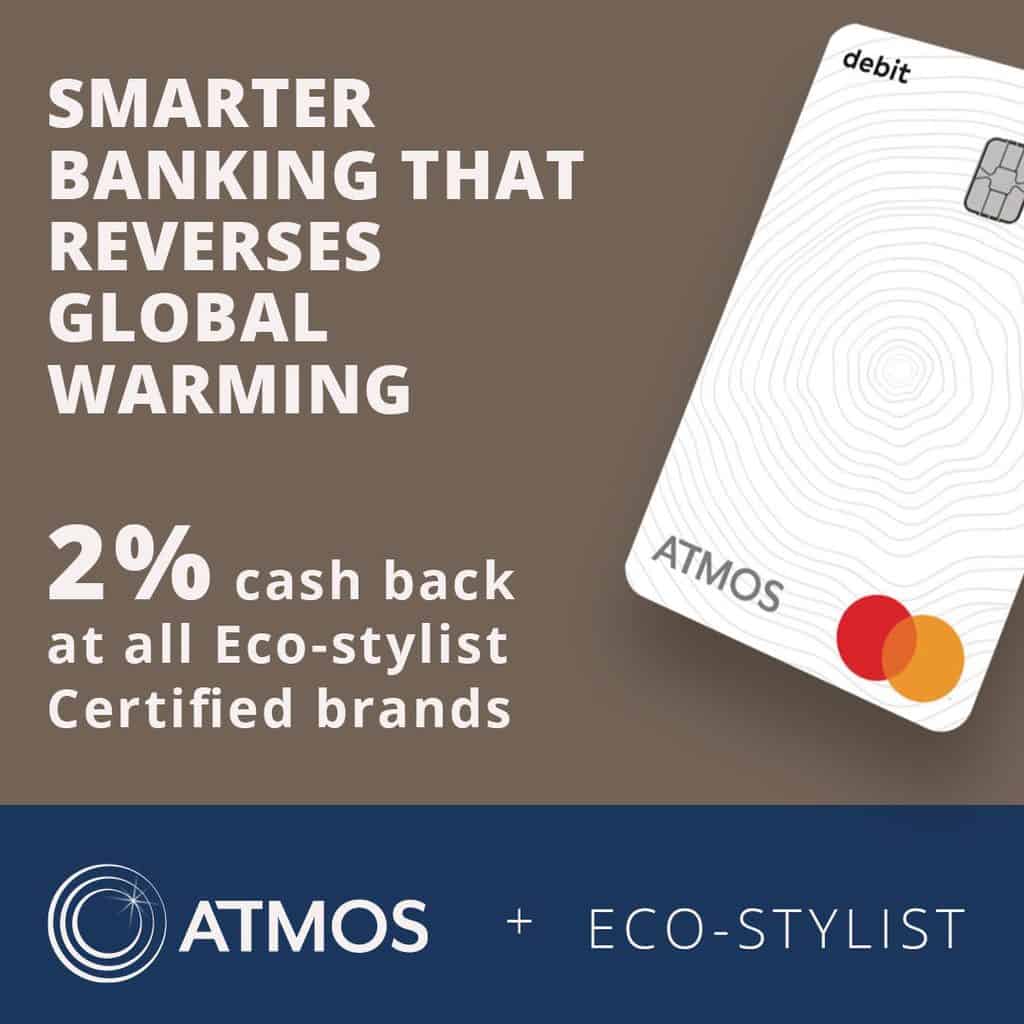 Scroll to Top
We use cookies to offer you a better browsing experience, analyze site traffic, and personalize content. By continuing to browse the site you are agreeing to our use of cookies. You can find further information in our privacy policy.Got it!